Is Antivirus Still Necessary in 2021? 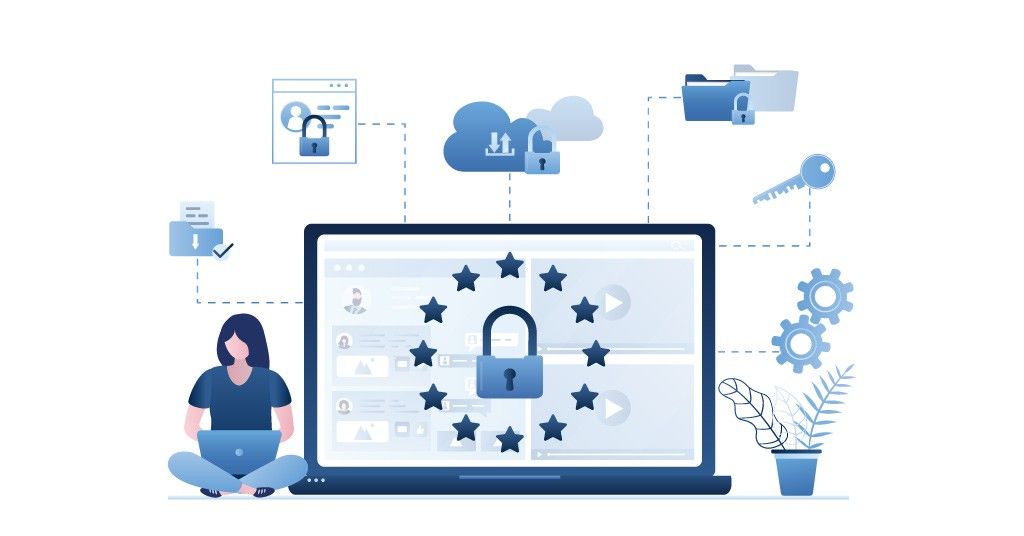 Short answer: Kind of. Long answer: Not really, but yes…maybe.

Get the full case for and against antivirus software in 2021 here, and get the answer to is antivirus still necessary in 2021?

Plus you’ll learn a shocking M. Night Shyamalan plot twist: Who is the REAL best antivirus in 2021.

Do You Still Need Antivirus in 2021: The Truth and the Myth

“Operating systems are basically designed to prevent viruses. It’s not worth the decrease in speed”.

How many times have you heard people say things like this?

Yes, it’s true. IF you watch where you go, what you do, what you download, who you email, who you chat with, and what you click on, etc., then you probably won’t have anything to worry about.

And most of us aren’t exactly scrillionaires with private fortunes to protect, so there’s nothing much a “hacker” can get from you anyway.

But we live in the real world.

How likely are you to be that vigilant?

And, even if you are super vigilant? What exactly is the downside of using a light, free antivirus software?

And, for the most part, it’s generally accepted that some protection is better than no protection.

It’s true. Good antivirus software has proven to block at least some malware.

But there are 3 key issues opponents of AV continually point to that do have their base in empirical fact.

This is a sad fact of the web.

Malware is continuously ahead of defenses, even the best.

It’s just a product of the game itself.

Thieves develop new and more sophisticated ways of trying to break their way into your computer. When these new attacks happen, cybersecurity firms develop defenses.

By the time those defenses are developed, distributed to the masses, and eventually downloaded by you, new and more malicious malware that the program can’t fight already patrol the web.

Risk homeostasis is a fascinating and complex theory.

When it comes to antivirus software, risk homeostasis basically posits that users who have antivirus installed on their computers will engage in riskier web behaviors, because they believe they’re “protected”. Whereas users without it will use the web safely.

One fascinating study from the Society of Risk Analysis demonstrated that, over the long term, there was no difference between users who installed AV and those who hadn’t.

This is very closely related to number 2, but needs a little more fleshing out.

The Case Against Antivirus

Let’s start off by getting this out of the way:

No antivirus is enough to protect you from all viruses or vulnerabilities. There are potentially infinite types of malware that look just like nice, normal software. You’re never 100% safe.

But some protection is better than no protection, right?

There are plenty of well-documented issues with AV software including everything from vulnerabilities that make the cure worse than the disease to privacy issues that you should 100% be worried about.

And it actually gets worse. Antivirus may make your computer MORE VULNERABLE.

If AV companies actually made secure software, it would be fine. But vulnerabilities revealed in Symantec, Norton, and other big names prove they do anything but that.

This creates a larger attack surface. For example, without AV, hackers have to find vulnerabilities in your browser, most of which are Alcatraz-level secure. But with one on your computer, a hacker can find a vulnerability there, bypassing your Maginot Line and dropping paratroopers where there are no defenses.

The answer is surprisingly…

Antivirus is fine, but unless you fall into certain categories, you don’t need it. Here’s why:

AV-Test – the Independent IT Security Institute – shows that Windows Defender (the built in antivirus on Windows) is just as good as brand name software in most cases.

In fact, it got a perfect score:

And since it’s Microsoft’s native app, they won’t constantly nag you to upgrade software, and it’s way more secure. The fact that no third party is involved eliminates an entire layer of risk and ensures smooth operation.

Plus it won’t root itself into other programs or start installing god knows what on your PC without asking.

Macs typically don’t get hacked for a few reasons.

For one, they are way less common than PCs, so they’re way less of a target and they tend to be owned by savvier users.

Two, they use mostly native apps developed by Apple itself, meaning there’s less chance of malicious intent behind the apps on a Mac, unlike windows which doesn’t have many quality native programs.

And third, Mac doesn’t change all that much. Windows needs to make concessions to allow legacy apps to continue running, which could leave you open to hacking. Macs rarely, if ever, do this.

Finally, You Already Have the Best Antivirus

Remember what we said about Macs?

That all goes out the window if you start installing random chrome extensions, downloading god knows what type of apps, or spend your days in the deepest reaches of the web.

But if you practice safe and secure internet behavior, you’ll MOSTLY be fine.

That makes the best antivirus of 2021… 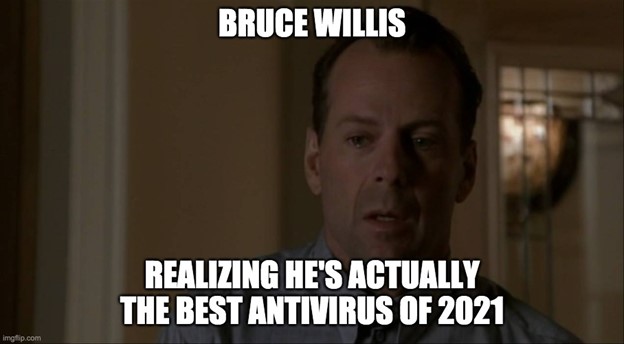 Remember, strong passwords, two-factor authentication, sticking to reputable sites with SSL and HTTPS, not downloading extensions or apps you haven’t researched, not clicking random links in emails from spammers, etc.

As long as you follow basic common sense, built-in defenses on your computer should do fine.

There are however some exceptions.

Who Still Needs Antivirus in 2021?

There are some key groups who still do need antivirus in 2021.

Mainly, they fall into three groups:

If you fall into any of those groups, we’ve ranked the best antivirus programs for you here.

Q: Is antivirus still necessary in 2020?

A: Yes antivirus is still necessary, but most people don’t need an extra layer of protection. The built in antivirus will do just fine on your PC or Mac.

Q: Do you still need antivirus software for Windows 10?

A: No, you do not still need antivirus software for Windows 10 if you have Windows Defender still on your PC. It’s plenty to protect you from most malware. It even got a perfect score on the AV-Test!

Q: Is having 2 antivirus programs bad?

A: Yes, having 2 antivirus programs is bad for the most part. It will only slow your computer down and expose you to more vulnerabilities. It mostly comes down to the program itself though. Is it reputable with a strong track record of security? If so, then you’re fine.

A: Yes, free antivirus is enough in most cases, but it’s not worth the security risk and privacy issues. You’re better off with Windows Defender than you are with Avast.

A: We’re glad you asked! Looking to edit, merge, split, create, convert, compress, secure and even e-sign your PDF documents fast & easy? If so, look no further than Soda PDF; the best alternative to Adobe Acrobat and by far the best PDF software solution on the market! Available online or offline, try Soda PDF Desktop with a FREE download, or simply Try Now to open Soda PDF Online to get instant access to our easy-to-use tools!