Soda PDF Presents: How to Take a Screenshot on a Mac The Right Way! 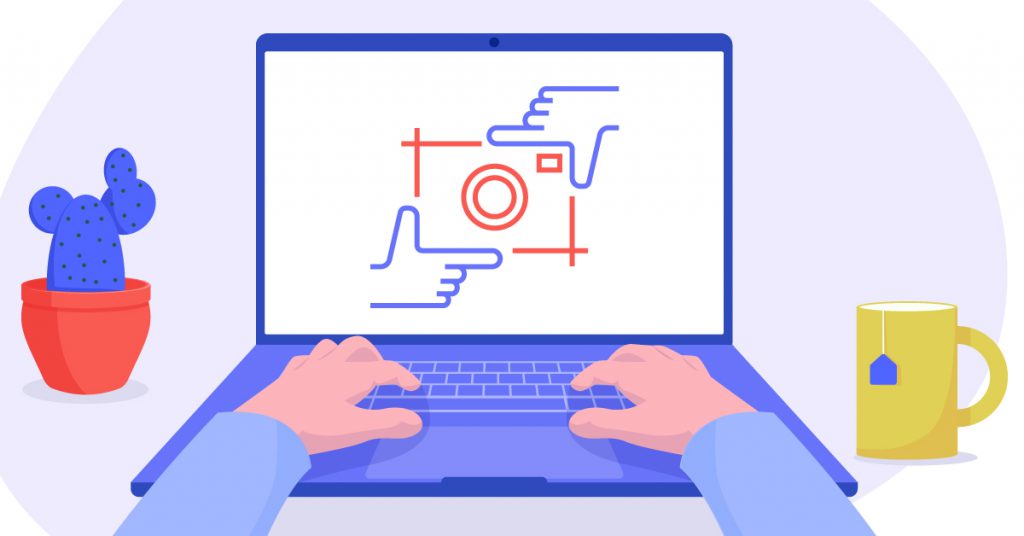 Learn the 3 ways how to take a screenshot on a Mac, the best apps for taking a screenshot, and the secret way businesses can secure any image using our favorite tool (HINT: It’s Soda PDF!).

“Ahhhh, what a lovely day. It’s time to take a screenshot. I’ll just hit PrtScn and be on with my….wait, WHERE IS THE PRINT SCREEN BUTTON?!” – Literally every Windows to Mac transplant in history

3 Ways to Take a Screenshot on Mac

If you’re a Mac user, here are 3 helpful ways to capture a screenshot on your computer.

First, make sure that all relevant info is visible, and anything private is NOT VISIBLE (We’ve run into trouble with this before). 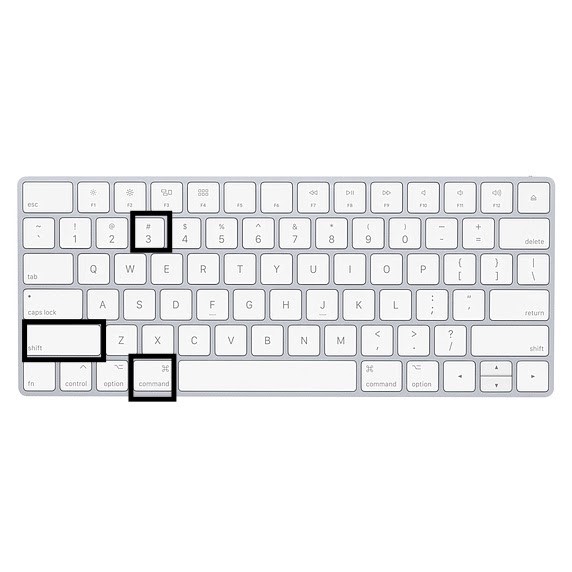 Take a screenshot that captures the entire screen by pressing Shift + Command + 3 simultaneously.

Then, find the screenshot by going to Finder and looking under the “Recents” tab.

LifeHack: Press Shift + Command + 3 + Control to copy the screenshot to your clipboard for quick copy/pasting. You have now reached a new plain of existence.

(Capture Entire Screen). Then click anywhere on the screen to capture the entire display.

Now, a thumbnail will appear in the bottom right hand corner like this: 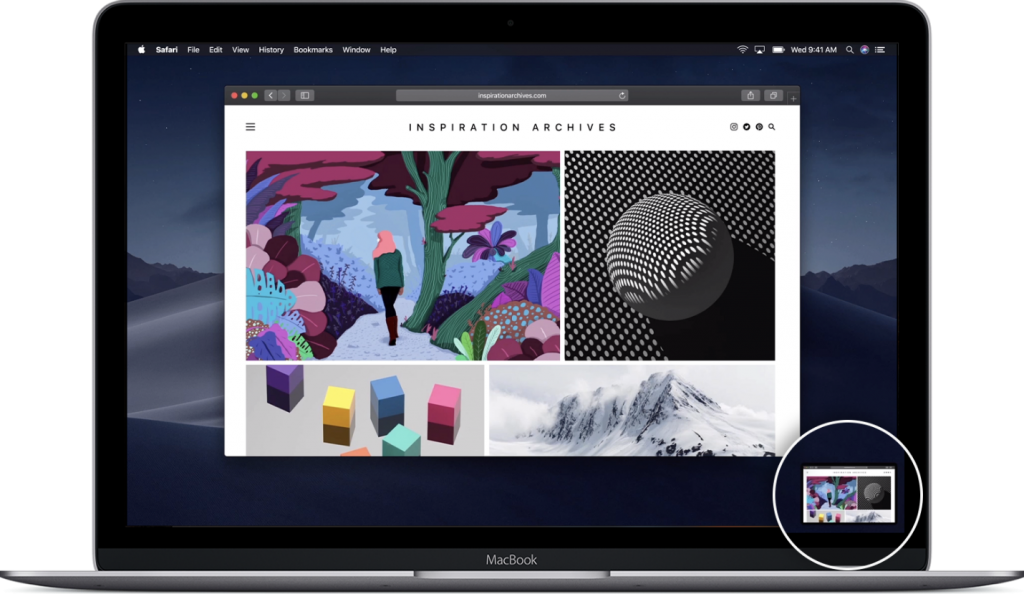 You can interact with the thumbnail or wait for it to disappear. Up to you!

Want to keep prying eyes away from your entire screen? Or want to just focus on a particular area? 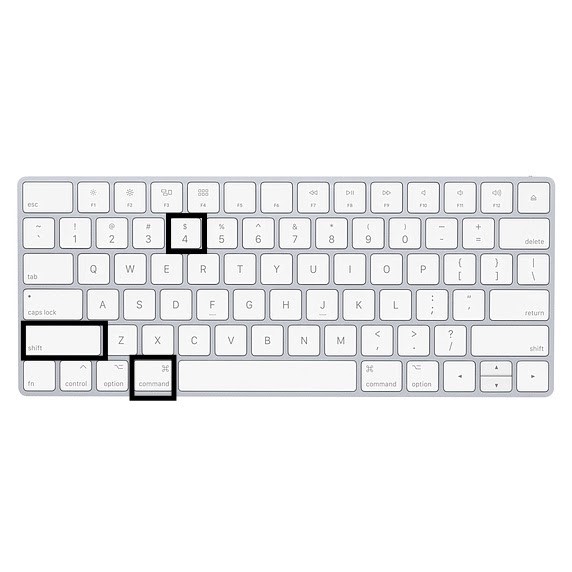 Here’s what to do:

You’ll hear a little “camera shutter” noise confirming your screenshot has been taken.

NOTE: Press ESC to return to regular mode without snapping a screenshot.

Capture a portion of your screen in Mojave by pressing Command + Shift + 5 and summoning the screen capture tools.

(Capture Selected Portion). Then drag to select an area.

Then click Capture. Again, the thumbnail will appear as before. Do with it what you will!

Capture a single window on your Mac by pressing Command + Shift + 4 then hitting the spacebar. 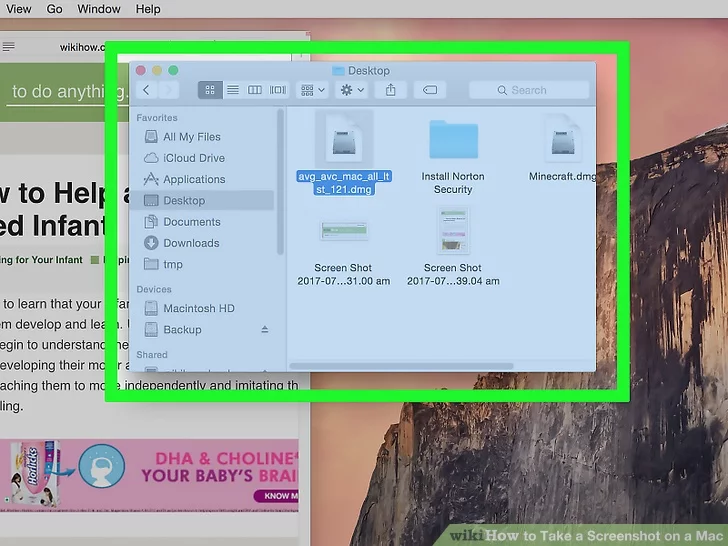 Your screen will turn an eerie blue, and your cursor will morph into a camera icon.

From there, just click the window you want to screenshot.

PRO TIP: Use Command + Tab to cycle through open windows via the keyboard.

How to Edit Your Screenshots

Most people have no idea that you can edit your screenshot by using the markup toolbar accessible via “preview mode”.

This is super helpful for us in the office. We use to make boxes, underline important information, point out bits of info in screenshots, etc.

Here’s what to do…

Go to Finder -> Recents. Choose the most recent screenshot to trigger preview mode.

See that box up in the top right? Click it to unleash the markup tools!

Now you can add boxes, text, and drawings to your Mac screenshots. Who’s cooler than you?

Bonus Way to Take a Screenshot on Mac – Grab Tool

Hidden in the depths of Finder, in the deepest reaches of the Utilities folder, lies a secret tool buried for millenia (Well, since the Macs became a thing). This tool was once known as Grab.

Grab lets you capture a window, screen, or section of your screen just like the other functions, but it also lets you take a timed screenshot in case you need a few seconds to prepare.

Take this secret to the grave.

Since Grab is such an awesome app for taking a screenshot on Mac, we thought we’d add a few other apps we love in case you want to take your screenshot game to the next level.

The Best Apps for Taking a Screenshot on Mac

Like we just mentioned, if you need upgraded functionality for enhanced screenshots, a screenshot app is the way to go.

They’re a step up from the built-in app on your Mac, allowing you to organize, markup, share, and secure screenshots instantly. If you’re frequently taking snapshots of your screen for business, they’re a no brainer. There are even a few awesome FREE apps.

But first, let’s cover the best one: 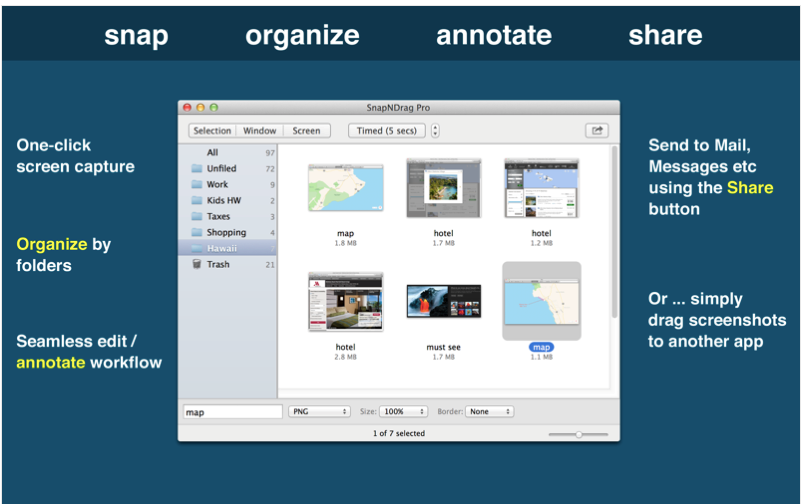 SnapNDrag is the only screenshot app we use for business. It optimizes your workflow by letting you seamlessly snap, organize, annotate, and share any screenshot in seconds.

Think of it like “iPhoto for screenshots”. Your snaps are automatically organized into folders for easy finding and storage, so you never go fumbling through Mac’s Finder for old files. No time wasted means fewer headaches and better productivity.

The annotation options are great, but the best feature is single click sharing. We can’t stress how awesome this is for work. Single-click sharing to messages, email, and social media is a godsend. 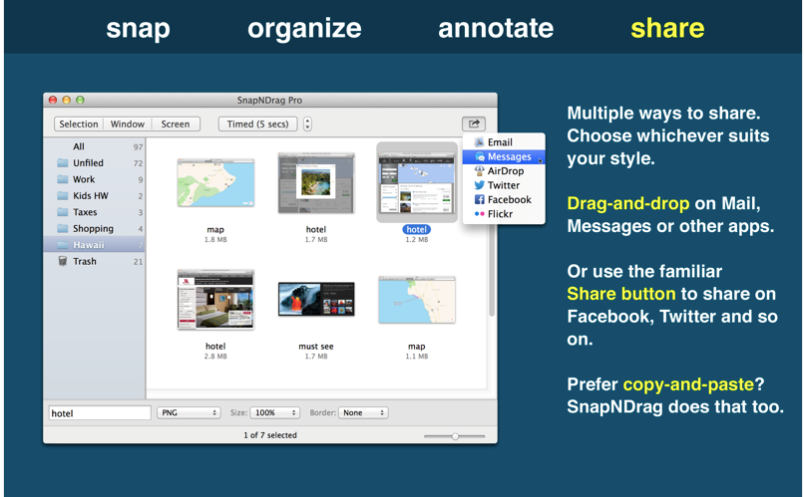 Monosnap is the highest rated and MOST rated free screenshot app in the app store, and we’d have to agree.

It’s not as powerful or convenient as SnagNDrag, but it’s free so stop complaining.

It has way more markup tools than the built-in Mac app:

And it even lets you record videos or create GIFs in case a screenshot isn’t enough.

You didn’t think we’d get through a whole blog without a shameless plug, did you?

OK, to be fair, Soda PDF isn’t exactly a screenshot tool per se, but it does something that these other tools can’t: Turns screenshots into markupable, shareable, secure PDFs for your business!

You want to take a screenshot of some sensitive business data to share with your team for a powerpoint presentation.

You take the screenshot. But now you’re worried someone might start making changes, or worse, might show it to the wrong eyes.

Not with Soda PDF…

Once you upload the screenshot into our editor, you now not only have the ability to annotate with underlines or notes, but you also get one awesome bonus feature: Multi-step security.

Your PDF will maintain 100% integrity (No one else can edit it), and with password security, no one can see it that isn’t authorized to do so.

Plus we’ll store it and let you share it with anyone in your business instantly from the cloud!

What Else Can Soda PDF Provide?

We’re glad you asked!  Soda PDF is the software you need to make the most of your documents.

Modify PDF files your way; edit, convert, merge and annotate previously published PDF files with Soda PDF! Our software solution for your document needs is available for desktop, online and can even be accessed on some of your favorite devices!

Convert over 300+ file types into a PDF, or convert your PDF file to Microsoft Office documents, or even create a PDF from scratch!

Get a FREE download of our desktop app and get a taste for Soda PDF today! Plus, try our web app and see some of the amazing features we have to offer online!