16 Nov in  Working with PDF

The terms digital signature and electronic signature are often used interchangeably, a common mistake among both businesses and individuals. In an attempt to set the record straight once and for all, we’re here to explain the real difference between the two types of signatures.

The main thing to keep in mind is that an electronic signature is generally used to collect someone else’s signature, while a digital signature is used to add your own signature to a document to prove its authenticity.

An electronic signature (e-signature) is a legally binding signature that is used with the intent of signing an electronic record. The record (or document) is generally prepared and sent using a specialized e-signature solution provider such as Soda PDF, and the signee can simply e-sign via email with just a touch of a button.

If you’re asking yourself if there are any benefits of signing a document electronically vs. by hand, the answer is yes. Unlike a handwritten signature that can be forged, reputable e-signature providers offer detailed audit trails that keep track of who signed what, how, when, and where. 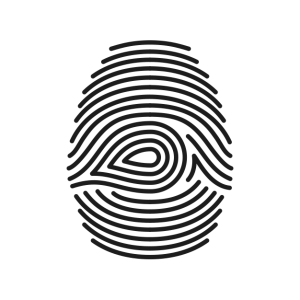 A digital signature, on the other hand, uses mathematical algorithms to generate a unique digital fingerprint. This fingerprint, also known as “hash,” ensures the authenticity of the document, since even the slightest modification would change the hash entirely.

The hash is originally encrypted with the signer’s “private key,” and the encrypted hash along with the “public key” are then combined to form a digital signature. The person adding their digital signature to a document holds the private key, and the recipient of the document will have the public key. The recipient will then open the document with a software that will automatically verify the legitimacy of the hash, and if everything checks out, it will notify the reader that the document has not been altered.

This all might sound complicated, but thankfully these processes are done automatically by the software that supports digital signatures. For a more detailed explanation, take a look at this awesome article.

You can also check out this video if you want to learn how to create a digital signature using Soda PDF.